Did you know that your next client is more likely to find you on social media than any other way?

Some advisors understand that social media should be a core part of their marketing, but many don’t know where to start. Still fewer have a specific plan designed to help them make social media a meaningful part of their branding and lead generation strategy. With all of the social media platforms out there, the thought of being active on every single one can be overwhelming. Not only is this a tall task, but you will likely end up creating mediocre content, because by trying to be good at all of them, you won’t be excellent on the ones that matter.

That’s why we’ve done the heavy lifting for you and put together the stats on the single most important platform for advisors. So, if you are looking to grow your social media following, but don’t know where to start, I will walk you through the reasons why this one platform is more important for your business going forward.

Go where the fish are

Here in Colorado, we have access to some of the best Gold Medal Waters in the nation. Even with these amazing places to fish for Colorado Rainbow, Cutthroat and Brown trout, it doesn’t mean you can just throw your line out in any random stream and hope to land a record-breaking catch. Ultimately, if you want to catch anything, you have to go where the fish are. The same goes for social media. 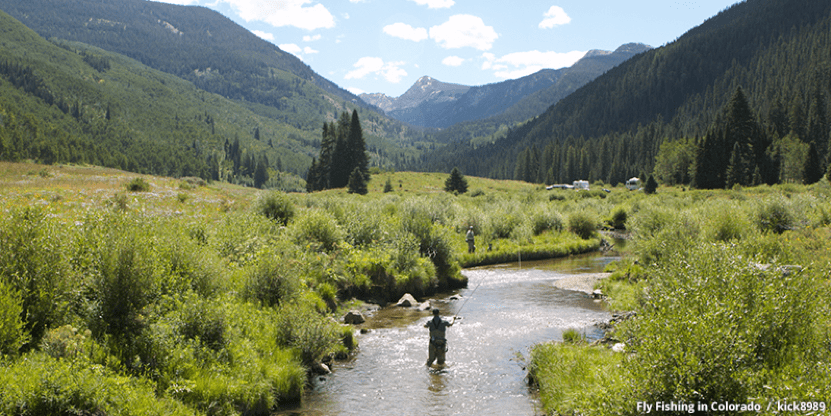 So where are your fish online? The one platform every single financial advisor needs to be using to find fish is Facebook. Hands down. Facebook has over 220 million users in the United States alone. In addition, 20% of Facebook users are over the age of 55, making them the second-biggest demographic on Facebook.

“A surge in older users means over-55s will become the second-biggest demographic of Facebook users.”

Social media guru, and master of human behavior, Gary Vaynerchuk, once said, “Social media is a slang term for the current state of the internet.” Social media is how everyone (including the Baby Boomer generation) are using the internet when they get online, and when Baby Boomers are getting online, they are spending the majority of it on Facebook.

Boomers prefer Facebook over other platforms like Twitter, because the different types of content in their News Feed is easier to consume as opposed to the constant stream of conversation that Twitter curates. People get on social media for one of two reasons: to be educated or entertained, and Facebook does that very well.  Using their advanced algorithms, they are able to accurately predict and provide the content that their users want to experience.

With Boomers spending the majority of their social media time on Facebook, and Facebook’s ad platform giving you the most robust tools to reach your target audience, it’s a no-brainer for financial advisors to focus their efforts in the place they are most likely to “catch fish.”

Baby Boomers: The Most Valuable Audience Ever

The Baby Boomer generation is the wealthiest in US history. Baby Boomers currently control roughly about 54-57% of all US household wealth. They also spend $548.1 billion annually, which is over $200 billion MORE than the next highest generation. Those born between 1946 and 1964 are also retiring at a rate of 10,000 per day.

Ever have anyone tell you “don’t advertise on Facebook, no one has money there. ” We hear this from a lot of advisors who have relied on traditional advertising for years (i.e., direct mail). The numbers show otherwise. Currently, over 77% of Facebook users are college graduates, and 75% make at least $75,000 in household income.

When you combine the financial demographics with the fact that 75% of US Baby Boomers have a profile on Facebook, financial advisors have a massive opportunity to grow their Facebook following (and ultimately their practice) by targeting their avatar clients where they spend most of their time online.

Not only is Facebook the social media platform of choice for Baby Boomers, but Facebook is also the #1 traffic source on the internet today (yes, even surpassing Google).

Here’s a look at the numbers:

What this means is that people are now clicking to websites more often from Facebook, than through Google Searches and Ads combined. Your next client is more likely to find you on Facebook than through search or going to your website making it critical that you have an active presence on this primary marketing channel.

You’re probably thinking to yourself, “I already have a Facebook page for my business, so I’m good, right?” There is a difference between having a Facebook business page and having a good Facebook presence. If a potential prospect checks out your Business Page on Facebook and doesn’t like what they see (i.e. little content, or sales-heavy posts), they may never make it to your website and decide not to work with you altogether.

This is why it’s so important to have a meaningful presence on Facebook, and consistently provide valuable content that people actually want to consume. If you want people to eventually make it to your website where they will learn more about your brand, then you need to make sure that you have a presence (complete with valuable content) on the platform that will be the conduit to your website.

Boomers aren’t just checking in on social media and getting off either; they are actually increasing the amount of time spent on Facebook and social media, and are spending an average of an hour and fifteen to an hour and forty-eight minutes a day. Google did a study and found that Baby Boomers are spending more of their time online than they do watching tv and Netflix. 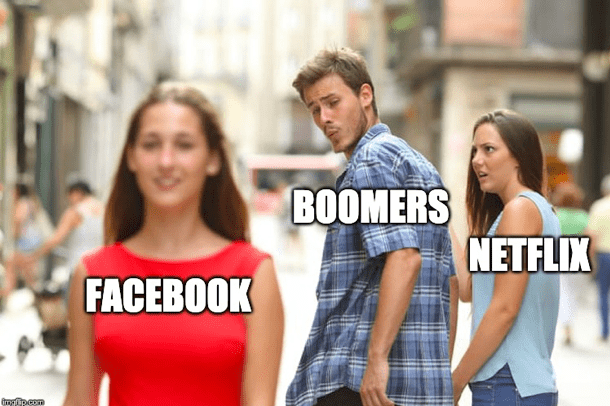 This rapid shift to social and digital content hasn’t gone unnoticed by advertisers. As with most growing businesses, all you have to do is follow the money. Recent data shows that digital marketing ad spend in 2019 surpassed all other types of traditional advertising for the first time ever. If major advertisers are shifting their budgets away from traditional media and towards digital ads, smaller businesses like ours cannot afford to miss out on this rapid shift in advertising.

Facebook is where your future clients spend their time

Millennials have lived in 4 different decades and have seen drastic evolutions in technology over that time. They witnessed the creation of the internet and suffered the painstaking process of using dial-up. 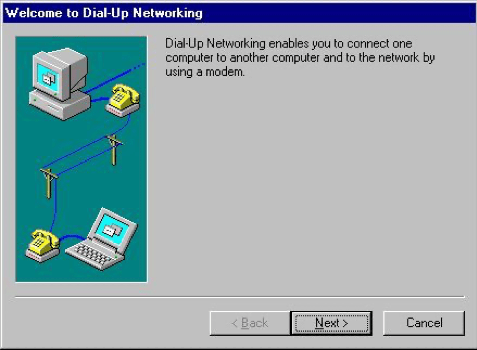 They have also seen the evolution of social media with early platforms like MySpace before Facebook showed up on the scene and became the go-to spot for college students. 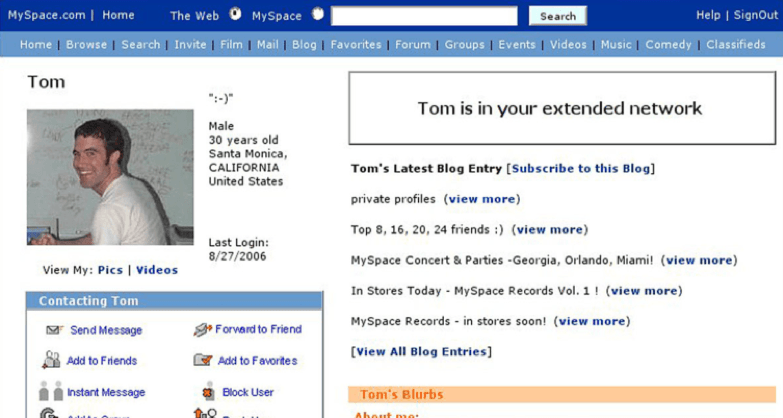 So why are Millennials relevant? Millennials are currently the largest generation in the workforce, and as they enter their peak earning years, they will become your future client base. Over the next twenty years, we will witness the largest transfer of wealth in history from Boomers to Millennials. During the next 20 years, it’s estimated that nearly $30 Trillion in wealth will be passed down to Millennials. This will present a large opportunity for financial advisors to help the Millennial generation manage their money and plan for retirement.

With the largest demographic on Facebook consisting of the 18-49-year-old crowd, millennials make up a large chunk of that group. For Millennials, Facebook was the first major social media platform they ever used. Since most people tend to avoid change, the majority of this demographic is likely to stay with the platform they know. This makes Facebook the location of your biggest opportunity to reach the next generation of investors on social media.

Ready to Get Started?

It’s simple to begin building out your next campaigns. Click below to submit a territory request.